Check out our blog at: https://safercic.tumblr.com/

During the cold and wet November, Cannock Team 7 worked on their Community Project at Hayes Green Community Centre based in Heath Hayes. They spent two weeks working on the Project, exploring their leadership skills, creativity and definitely their patience!

The Team fundraised for the Project, by having a stall at Cannock Market. On the stall, they ran a “Guess the Name of the Teddy Bear”, a sponsored cycle, a bake sale with the yummy cakes they had either made at home or baked at Team and finally a “Blind Date with a Book”. The Team worked amazingly well together to pull off this fundraiser and raised just under £80 on a freezing cold day!


During the Project, the Team tasked themselves with pressure washing the driveway, cleaning the fences, weeding and clearing the path, repairing the 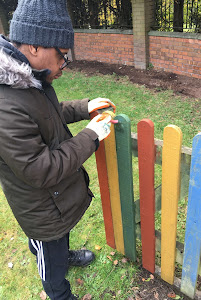 fences, as well as repainting the fences to improve the look of the centre. The Team also tasked themselves with developing a Fairy Garden in an unused section of the garden which had become overgrown, and a target for rubbish to be dumped. The Team totally transformed this area into a safe and child friendly haven where they can explore and develop. The Team used their knowledge to develop a Bug Hotel and created a sensory element to the garden for children with additional needs through upcycling. 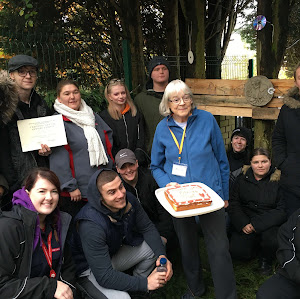 Chase Grandparents and Grandchildren Group would like to thank the Prince’s Trust for their sterling efforts in improving the outdoor area at Hayes Green Community Centre. They have pressure washed, weeded and painted the fence amongst other things. They have also created a wonderful fairy garden which the little ones will love!”

Moira Johns, volunteer for the Chase Grandparents and Grandchildren Group. 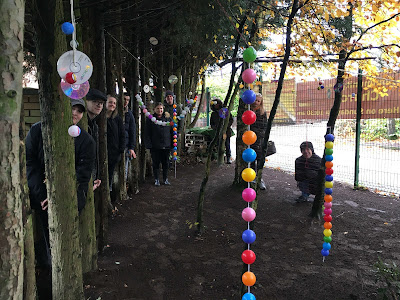